Originally from eastern and southern Africa, Aloe Vera Barbadensis Miller is a lily flower in the onion family, also known as 'Desert Lily'. Long and succulent leaves, about 50 cm. long, 10 wide and 4 thick, and arranged in the form of rosettes, this plant has been considered "miraculous" practically since the origins of humanity. Its healing properties have been proven by many cultures: Mayas, Greeks, Romans, Hebrews, Asians, Arabs, Chinese, Egyptians ..., they later refered to it, in ancient times, as the plant of immortality - perhaps for its healing characteristics.

There are historical documents that comment on its medicinal and cosmetic virtues. Alexander the Great is said to have conquered Socotora Island (southern Arabia) for the amount of aloes he possessed (to heal his troops), and Cleopatra used it daily for her body care. 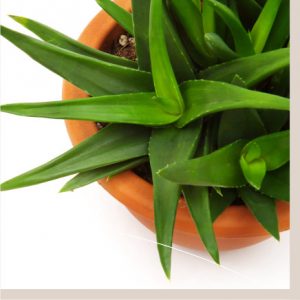 In Spain, aloe was an essential element in popular medicine, until the widely spread use of modern medicine, along with most medicinal plants.

During World War II its therapeutic value was rediscovered. The burns caused by the populations of Hiroshima and Nagasaki - from the atomic explosions - healed faster with aloe and in many cases without leaving any signs or scars.

Its characteristics as a cellular regenerator and other medicinal features, has aroused the interest of many countries for its study and use.

In Medicine, the juice of its leaves is used, curdled into a solid mass of very dark color, and very bitter, called acíbar. The most common forms of use are external use, using gels and creams, and oral administration, usually in the form of syrups or juice.

Numerous studies have shown that aloe has anti-inflammatory and analgesic power (it stimulates the production of endorphins, which calm pain), in addition to activating and fortifying epithelial cells, which makes it very useful in gastric and stomach ulcers.

It provides a deep cleansing of the skin since it eliminates bacteria and greasy deposits and, thanks to its regenerative power (plants over 3 years old), prevents the appearance of wrinkles and reduces the size of open pores (partly also thanks to the amount of vitamins it has; it is one of the few species that contains vitamin B12, A, B1, B2, B6, and C).

It heals necrotizing wounds, such as burns (also solar ones), regenerating the tissues and scarring them, in turn restoring the sensitivity of the affected area. 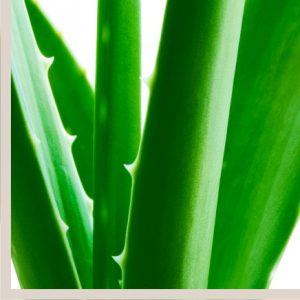 It removes poisons and debris from cells, restructures and revitalizes the bone marrow, reactivates the immune system (including by limiting HIV infection and stimulating the immune response against cancer). The gel obtained from aloe produces antiseptic agents with high antimicrobial activity, in addition to being anticoagulant and astringent; although consumed in large quantities it is a perfect natural laxative.

Aloe Vera is a species capable of adapting and being propagated in arid and semi-arid areas. The terrain has to be sandy, although it is not an essential condition, since it also grows in optimal conditions in volcanic lands, as is the case of the Canary Islands. In fact, aloe vera grown in the Canary Islands is considered one of the best in the world.